Unlocking the Secret to the Right Mindset 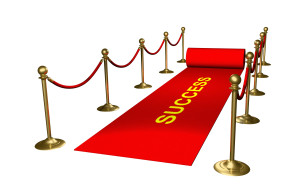 Success is a word that elicits different reaction for many people, with no universal definition everyone can quite agree on. Mr. Webster would define success as ‘the achievement of something desired, planned, attempted’—which reveals that success is primarily a result of an intended activity. Along the way, however, many people confuse themselves with what success  mindset truly means for them. In the end, they get caught up with the unimportant things that they mistake for success.

So what are the different forms by which success has been defined? Let’s run through a quick list.

The understanding of some people is that fame is the ultimate goal of success. If you are distinguished in your field, as the leading scientist or the most popoular mountain climber, or the biggest basketball player of all time, that’s when you know that you’ve hit the jackpot. There’s nothing wrong with aspiring fame, but you have to ask yourself: is fame really what you want? Or are you going to use your fame as a platform for something else? Defining success by fame can be tricky. You have to know what you are going to do with this fame, if this is what you will define your success by.

As more people become materialistic and peg their worth on the ownership of the latest tech gadgets and branded items, money has come to signify success. But ask any rich person by modern standards, and you will be told that the person with money will tell you that he doesn’t have enough to be considered successful. He will end up searching for it, growing discontent every time he has more of it. Ah, the mystery of money. You cannot find a man-made construct as powerful and compelling as money is.

3.    Is success about working hard and going the extra mile?

If this is how you define success, then that means that what matters more to you is the means more than the end goal. These are people who simply do their time, and the results just flow naturally from all their hard work. And for these people, success is defined by their current state. What happens thereafter is a mere aftereffect of all that the sweat and tears they’ve invested.