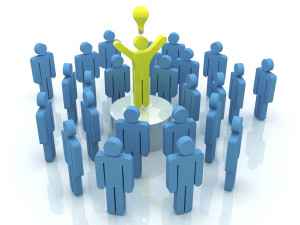 There are some conversations that stand out from all the other interactions you’ve had. When was the last time you genuinely enjoyed a conversation? Didn’t you feel good about how the exchange of messages simply flowed? Were you simply comfortable about opening up your thoughts and feelings? Ultimately, the question you’re asking is: how come that other person is such a good communicator? Let’s take a look at the science behind excellent communication—and why it can even be as satisfying as sex.

Do you have what it takes to be an excellent communicator? Let’s take a deeper look at what makes certain people compelling and highly effective communicators.

There are, in fact, two types of listening: active and passive. Active listening, in contrast to passive listening, means engaging and trying to build rapport with the speaker.

On that note, let’s talk about the three aspects of active listening: paraphrasing, inquiry and acknowledgement.

1.            Paraphrasing is about recapitulating what the speaker just said, in the way that you understood it, so that you can be sure that you two are on the same page.

2.            Inquiry is about asking questions to solicit more information and to show your interest to the speaker.

3.            Acknowledgement can be as simple as nodding or making affirmative sounds.

Still on the topic of listening, you have to avoid making certain crucial mistakes when listening, which have been identified by Stephen Covey in his book The 7 Habits of Highly Effective People, such as ignoring, pretending, and selective hearing.

Another type is attentive listening, which often follows this template: “I know what you’re talking about! The same thing happened to me…” While this is far more acceptable than the other types of listening, the best type is emphatic listening.

Emphatic listening is ideal for meaningful conservations, and often occurs in four stages:

2.            Rephrasing their comments by saying something that shows you’ve understood the speaker

4.            Rephrasing and reflecting are obviously a hybrid of the second and third kinds.

Active and emphatic listening may sound a bit intimidating; you might not have looked at conversations this way before! But it’s not too late to start. Take all these steps to heart, and you’ll be on your way to being a highly effective communicator.

4 Ways to Help People Be More “Agile” at Work