Mind Story: A 3 Step Process to Get Unstuck 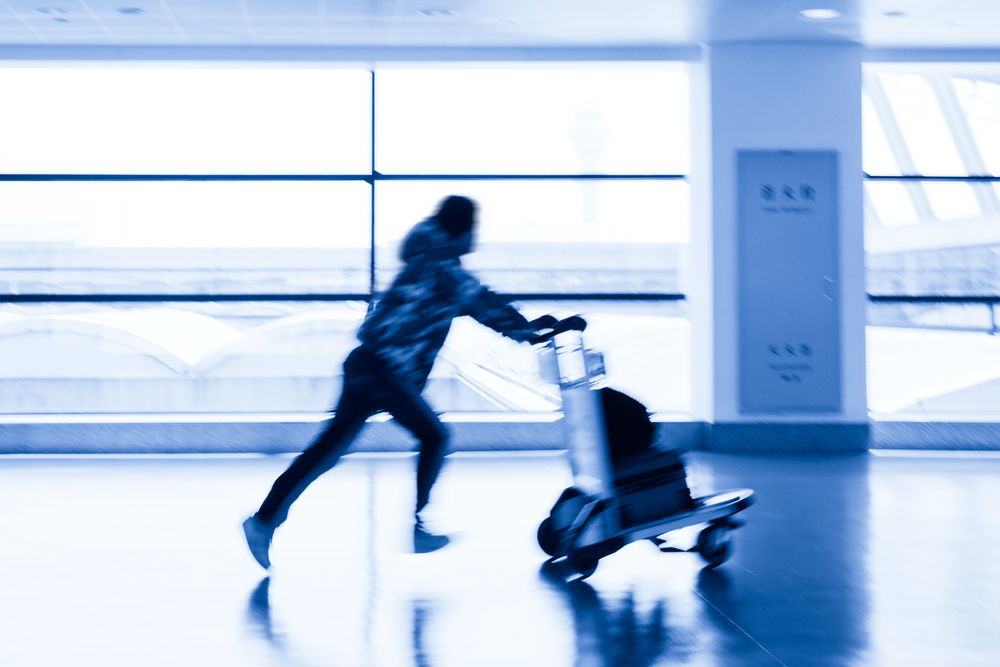 Last year, I was traveling and speaking a lot. At one point, I got into a panic about missing my flight. I’m getting off one flight and realize I only have 56 minutes to get to my next flight. I discover I have to leave security. Exit the terminal. Take a bus to the next terminal. Go through security again to my gate. I get to security and the line is a mile long. My flight is leaving in 18 minutes.

I start to panic. Even if I jump to the front of the line, there’s still a 15 minute walk AFTER I get through security. Of course when you panic your brain capacity goes down, and you tend to catastrophize. I start envisioning missing my flight and therefore missing my speaking engagement and all the negative consequences of that reality. Then I took a deep breath which, I know, can shift brain chemistry. I remembered about this Mind Story process to get “unstuck”.

#1 – NEGATIVE MINDSET. I identified the negative mindset “I am worried I won’t make my flight”.

#2 – POSITIVE MINDSET. I chose an opposite mindset “I have chosen to be confident that I can make my flight.”

#3 – MIND STORY. I remember a time I was in a similar situation and DID make my flight. It was 11 years earlier and I relived exactly what happened. I asked an airline rep to fast track me the whole way there. I doubted this would work again since I couldn’t see an airline rep anywhere in sight. I left my place in the line and told a security agent about my plight. He whipped me through the priority lane. Then they escorted me to an airline rep standing on the other side of security. She hailed down an airport golf cart. While I was speeding my way to the gate, she contacted the gate agent who was just closing the door. They held it open five more minutes. I arrived just in time for my flight.

Have you ever noticed that people often think they can’t solve a problem because of an external circumstance, when it’s actually their mindset? By remembering a time I was in a similar situation before, it helped me solve the situation again. You may be thinking, that’s just common sense.  However, you’d be surprised at how often people lose their common sense when they are letting a negative mindset such as worry, overwhelm or confusion dictate their thinking.

Here’s how you’d use it to help someone else. I was working with a client who was disappointed because he’d pitched himself as a consultant to a huge company and lost to a  competitor. Here’s how I worked with him.

This seemed strange at first to him, because he wasn’t feeling confident. However, as the old saying goes “You cannot solve a problem with the same mindset that created it.” The trick here is to help a person manufacture the new mindset, attitude, feeling, perception, by stating it in this way. By doing that, you help them create a magnet from the negative to the positive. It’s much like a circuit needs both negative and positive polarities to create electricity. The meeting of the two opposites then creates the spark for a solution.

Step #3 – TELL A MIND STORY: I asked him to tell me a story about a time he overcame a similar situation in the past. This is called a “Mind Story”. It’s a story that opens up new possibilities in the conscious AND subconscious mind of the listener. I asked him to include a beginning, middle and end. The beginning is what happened before he created a solution. The middle is what he did to create the solution. And the end is what it looked like after he implemented the solution. For example, he said:

Last year I almost got the TCU deal and lost to a different competitor. I had worked days on that proposal. I’d done 3 meetings. I was short-listed, and very hopeful. When I lost the deal I lost my enthusiasm. I got sick. I wanted to quit being a consultant. Then a friend told me about another company looking for a consultant like me and the deadline for the proposal was 2 days away. I shrugged off my disappointment and got the proposal done on time and landed the deal.

After he told me the story I asked him, “So, what would you do in this situation?”

He said, “Clearly I think it would work for me to just going on another proposal, rather than wallow in regret. It’s a numbers game.”

Off he went. Disappointment gone. Back in the saddle.

Does it always work quickly like that? No. But if it doesn’t work right away, chances are it will later. Sometimes you have to do it a few times, in more complex ways. These are just simple examples, using a short version of the Mind Story tools, for the sake of brevity. Stories bypass the judgmental mind and can open up a conversation between your subconscious and conscious mind. That way you are less likely to be stopped by limiting beliefs that can keep you stuck.

Enjoy and let me know if you try it

WANT TO SHARPEN YOUR STORYTELLING SKILLS? On sale right now is The Storytelling in Business Course. It’s for anyone who wants to communicate to people in a business setting using more stories instead of boring concepts. For example, when motivating and coaching your team, when talking to a prospective customer or client. Normally it is $298, but you can get it for only $48 for a very limited time. Just click here for more details https://courses.carlarieger.com/storytelling-in-business/