Use Public Speaking to Build your Business 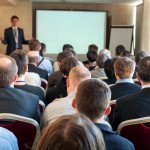 Want less rejection? Speak at networking events. That advice may seem counterintuitive, but giving presentations is actually a great way to magnetize ideal people to your business.  My client, James, wanted to grow his network marketing business. Only one out of 20 people he approached seemed like a good fit to join his team. It was inefficient and meant dealing with a lot of rejection. He joined an association that allowed him to stand up for four minutes at various chapters to talk about his opportunity. His audience was already “warm”. Many of them were looking for extra income via a home based business.

All that said, he was nervous about doing a good job. Through my training programs he got over that. He strategized well, wrote it and edited it many times over and rehearsed it over and over. He got to the point where he was feeling proud of the presentation. It showed when he stood up at the front of the room. Most people just never bother preparing in that way, so he really stood out in the crowd.

He gave one presentation a week for 4 months whereby he built up a list of 378 people. After one year, he had 23 new people in his downline, so an average of 2 people a month. Compared to most people in his company that was a great start!

The trick with a short 4 minute presentation is to just build rapport, give an enticing overview, and offer samples.  Here’s how he started “Hi, I’m James. I’m a husband, father of a teenage boy and we love to do gourmet cooking together [slide of him and his family in aprons holding cakes]. In addition to that, I play in a band with my same band from the ’70s [slide of teens playing in a band and a group of old guys playing in a band]. We just can’t seem to let that go. It’s so fun.”

“I used to own a construction company, which was extremely successful for many years [slide of his construction company]. But businesses like that are expensive to start, complicated to get going. I had to wear many hats, do many kinds jobs. A few years back the economic downturn made it too difficult for me to continue, so I had to let it go. I actually left relieved when it was all over, because it kept me working seven days a week, 12 hours a day.”

“When it was all said and done I started actively looking for a viable business that wasn’t dependent on the economy, that gave me a lifestyle I actually enjoy, and one that gave me a residual income. After much research and comparisons, I partnered up with what I considered to be the best home based business out there.”

Then he went on to talk about his network marketing company and all the benefits.  At the end, he offered samples if people gave their email address to him. Then over the next few months he sent follow up information.  About 18% became customers and about 6% became associates in his business. He used this approach just to build his list.

He didn’t try to get people into his downline during a 4 minute presentation. That’s like asking people to get married on the first date. It repels people. You have to court your prospects. If you get them on your list and have email auto responders, this nurtures the relationship over time. This kind of email campaign is called “a nurture sequence”.

How you can find groups to present to? And how can you put personal, fun  information about yourself that helps people like, know and trust you. If you use slides, be sure to add images.

Now in James’ case he wanted to attract people who were around his age, who had owned a construction business, and who now were really just interested in having the same kinds of benefits he was seeking. In other words, he was looking for people like him. Think about that for yourself. It’s actually easiest to attract people who are like you in terms of background, age range, gender, values, geographic location, etc.

The majority of people in his down line are people he would socialize with anyway. He got so good with his presentation due to practice, he did it all over the place that that was really the main thing he used to build his team. Not only did he do that presentation live but also create online videos and webinars with the same message. The presentation did a lot of the work for him, and then he just drew in the right people.

SUMMARY:  Do good prep the beginning and then it pays off over and over and over again. Create a well honed, masterfully delivered presentation and watch your MLM business grow faster and more enjoyably 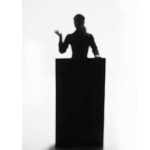