Business Communication 101: How To Dish Out The Truth Without Being Offensive 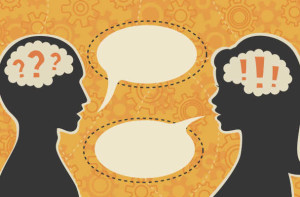 Where do you draw the line between being honest and being offensive? In the workplace, it’s not enough that your intentions were pure and that you were driven by concern alone. Being professional means that whenever you have to say something that can be offensive but related to the job, you must communicate it in a sensitive and diplomatic manner. It’s an important communication skill, without which you cannot further your climb up the corporate ladder.

1. Find out more information before making a statement. Before shutting a proposal right away, resist your instinct to say that it’s not going to work. Avoid jumping to the conclusion right away, and ask for ways and reasons by which the proposal will reach the projected outcome. This way, you at least get to give the speaker a chance to speak his mind. Even if you’re almost sure that it’s not going to work, listening will spell a huge difference between being receptive and rude. Who knows? The speaker might even realize the absurdity of the proposal as he thinks aloud.

2. Keep everyone in line with the goal. Sure, you might be tempted to tell someone that their standards are way below yours off the bat, but that would only create unnecessary tension and animosity. Instead, why don’t you unobtrusively share your thoughts without looking like the superior guy?

3. Ask for clarifications. Because of our own perceptions and biases, we tend to hear something differently from the way they’re said. Sometimes, your lack of filters might cause confusion in the way things are said. Before conflict gets in the way of clear communication, be the better person and ask for clarification. More likely than not, the other person did not have this crash course that you’re having now. Ask that person if you are correct in your assumption and exactly what he is trying to say.

4. Be clear about the position of each participant. Time is wasted trying to figure out if a person is merely inquiring into another person’s position or advancing a particular position. If a person is merely asking for a position, you can switch your tone from argumentative to persuasive. And as you argue for your own position, remember to remain humble. You can advance your own position without being abrasive.

In the end, saying your comments is a balancing act between transparency and compassion. Once you perfect the two, that’s when you can say for sure that you’re ready to be a leader.

4 Ways to Help People Be More “Agile” at Work

Use Humor to Avoid a Conflict